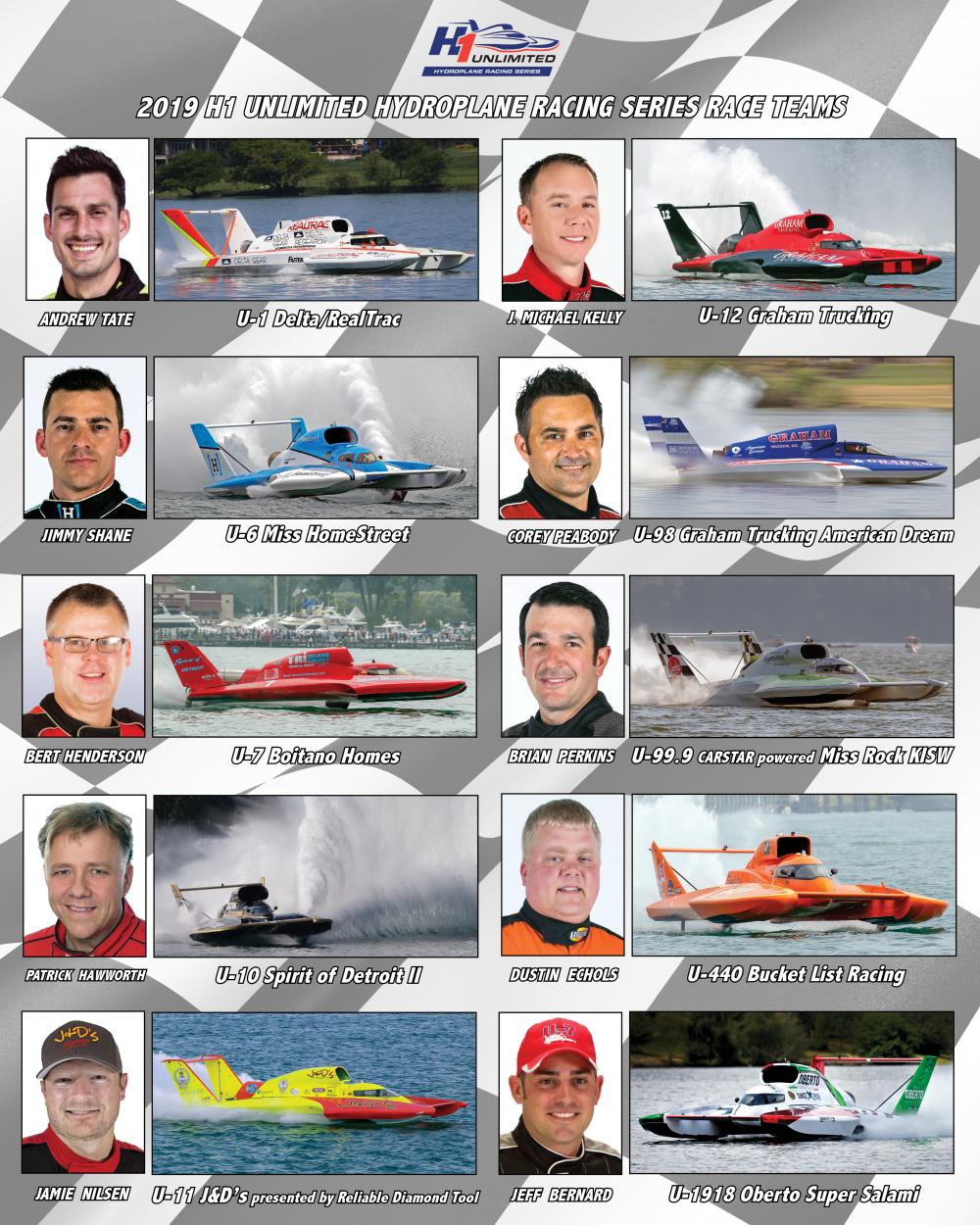 Seafair, an icon of summer in Seattle, celebrating their 69th year of hosting an unlimited hydroplane race on Lake Washington, are expecting several thousand race fans to the shores of Lake Washington for this weekend’s HomeStreet Bank Cup. Eight H1 Unlimited hydroplanes, the world’s fastest powerboats, take to the 2-mile racecourse beginning on Friday and continue through Sunday.

Kelly, also with two wins at this event won in 2014 and 2015. Kelly said, “We have been trying a lot of different set-ups including the gears, motors, and propeller combinations this year and we are making a lot of progress & have been learning a lot about what this boat likes and doesn’t like.” He said although this is a shorter course than “what we won on last weekend, we have ran on two other courses this size this year, & we feel pretty confident.” Kelly said, “I looking forward to being back racing on my home racecourse in front of family and friends and I would really like to win my third race in Seattle in front of them.”

Tate and “Delta/RealTrac” dominated the circuit last season and winning certainly is something which has escaped the “Delta/RealTrac” race team and Tate would like nothing more than to win his third Seafair race.

Someone who has dominated the first two races, Jimmy Shane from Maple Valley, Wash. and driver of the U-6 “Miss HomeStreet”, is coming off a perfect weekend last month at the Gold Cup trophy race in July -- topping qualifying, winning all his preliminary heat races and the final, will try to get back on track after a streak-breaking third place finish last weekend.

A driver this weekend that has yet to experience the consistently choppy backstretch in Seattle is U-7 “Boitano Homes” driver, Bert Henderson from Canada. The oldest driver in the field at age 47, is from Brockville, Ont., just North of Syracuse, NY. Prior to this year, Henderson had only raced H1 Unlimited hydroplanes on the Detroit River. Despite his inexperience at West coast races, he is currently in third place in national championship points, trailing the leader, Shane, by 1,845 points.

Former minor league professional baseball player, Jamie Nilsen, driver of the U-11 “J&D’s presents Reliable Diamond Tool” who replaced Tom Thompson as driver after the first two races has re-qualified as an H1 Unlimited hydroplane driver and his permit license restrictions have been lifted by H1 Unlimited hydroplane officials. "Felt really good to be back racing on the water," Nilsen said. "We feel the boat is really close to where it needs to be and I'll be on no restrictions as a driver at Seafair." Nilsen and his team would like nothing more to be the spoiler this weekend.

After developing a new hydroplane for ten years, a new race boat that was christened last weekend. The U-99.9 “CARSTARS powers Miss Rock KISW” driven by Brian Perkins hopes for a change of luck. On only the boat’s second run, it lost its custom escape hatch to the bottom of the Columbia River. After a scramble to find a replacement the team found one on Mark Evans’ hydroplane boat in storage in Chelan, Wash.

Two teams, the Miss Madison Racing team, owned by the citizens of Madison, Ind., and Rob Graham’s team will field two boats this weekend. In addition to the “Miss HomeStreet,” the Miss Madison Racing team will field a boat for long-time hydroplane sponsor, Oberto Specialty Meats. Jeff Bernard will drive for Oberto, who first sponsored a hydroplane in 1974 after a directing a TV telethon to save the race.

Rob Graham, owner of the U-12 “Graham Trucking” will field a second boat driven by 40-year-old rookie, Corey Peabody. The second entry is the U-98 “Graham Trucking American Dream” has a through-back paint scheme from one of Graham’s first sponsorship.

Seattle’s romance with roostertails began on June 25, 1950, when Stan Sayres drove his “Slo-Mo-Shun IV” to a world straightaway record – 160.323 miles an hour – on Lake Washington. The event caught the city by surprise – few had ever heard of a hydroplane – but by the time the Gold Cup starting gun sounded a year later, “hydromania” had infected the populace. After Sayres’s record, Ted Jones took the “Slo-Mo-Shun IV” to Detroit and won the Gold Cup – bringing the trophy and the hydroplane fleet to Seattle for 1951. Excited Seattleites even sponsored two races that first year. The history of hydros here is a rich one, dotted with tragedy, bitter rivalry, fist-shaking arguments and lots of thrills — Seattle’s annual lakeside party.